skip to main | skip to sidebar

Party at the End of the World 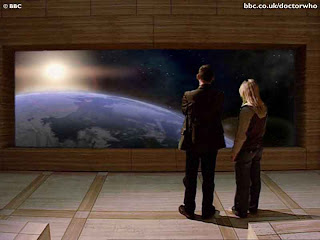 So, this has been knocking around in my head for a little while now, and I figured I'd better go ahead and write it before it became another one of those posts I didn't get around to writing until the occasion for it had past (there are literally DOZENS of these; I'm such a horrible blogger it isn't even funny).

So, as you may or may not have heard, there is a small group of Christians, led by one Harold Camping, who believe that tomorrow, Saturday, the 21st of May 2011, is the end of the world. More precisely, the Rapture (wherein God takes all the faithful to heaven prior to the Tribulation) is tomorrow; I gather the final end won't be until sometime in October.

Pretty much everybody on the internet - at least, all the bloggers I read - has drawn attention to several significant weak points in Mr. Camping's theology. That's not really what I'm interested in. Leaving aside the question of whether a Rapture of the sort expected by Dispensationalist theology is actually Biblical (I'm convinced it isn't), leaving aside the fact that the New Testament explicitly and repeatedly warns against attempts to know the timing of the Second Coming, leaving aside that every single prediction of said Second Coming has been wrong, and leaving aside the fact that Mr. Camping himself made such a prediction in 1994 that was, of course, wrong; leaving all that aside, there is one aspect of Biblical teaching that Mr. Camping has ignored, but that really ought to keep him up nights. The Bible - Old and New Testaments - has strong words of caution for those who would teach, and harsh words for those who teach falsely. God, from what the Bible tells us, is highly concerned that those who lead His people lead them rightly, and gets particularly angry with those who lead them wrongly.

In Deuteronomy 18 the people are warned to look out for prophets whose prophecy does not come true. If such a person appears in their midst - someone who claims to speak for God but whose prophecies do not come true - that person is to be put to death, because he has tried to lead God's people astray. Jesus in Matthew 23 speaks harshly to those whom he calls "blind guides" - teachers who claim to lead God's people yet teach wrongly. James 3 opens with an admonition that "Not many of you ought to become teachers," because "we will receive greater judgment."

Now, I'm not suggesting that we stone Mr. Camping (tempting as it may be) for claiming to speak for God when he really doesn't and for claiming to know what the Bible explicitly says is unknowable. The point is that in addition to being, frankly, a fool, he also plainly cannot take his position as a teacher of God's people seriously, else he would be far more cautious about spreading this nonsense.

Frankly, I find the whole thing rather depressing. I feel bad for the people who follow him. Some of these people have left everything to follow him and spread his silliness, and they're headed for a potentially catastrophic disappointment. How many of them will have their faith irreparably damaged? How many of their children will grow up to scorn Christianity? Should they (the adults, at least) know better? Yeah, they should. But there are always people who will follow any ridiculous path set for them. The fact that Mr. Camping has found them and fooled them so thoroughly is his fault, far more than theirs. What will be really interesting to me is what he says on Sunday morning. Will he repent and recant, as he should, or will he come up with some ridiculous explanation as to why he wasn't really wrong? My money's on the latter.
Posted by Shaylin at 1:14 PM

Hear hear! The fact that the media jump all over these things is disturbing as well.